We had a delightful time in the studio today bringing you some early country and cowboy music, and Joe Bussard's 12th show for Red Rooster Party and the last show of the year.  You can hear Joe's show at this link. 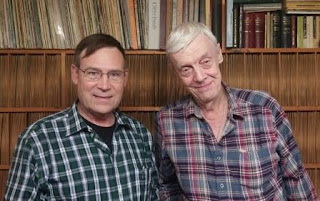 We hope you enjoyed, and we'll see you next year and next Sunday.

Posted by Jim Beaver at 8:49 PM No comments: We presented our one Christmas program today consisting of the late 1990s NPR special "The Breaking Up Christmas Story" assembled by old-time musician and former NPR host Paul Brown. Then a half-hour of our own Christmas choices followed by Joe Bussard's 11th program -- an all Christmas show. 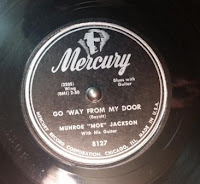 We played a few other Christmas and other songs between the main events, including a 78 recording of Munroe "Moe" Jackson from my visit with Joe the day before.

You'll have to wait a whole year to hear us play Christmas music again, but you can hear Joe Bussard's program here.

Join us each Sunday 2-4 pm on WHUS for more great legacy music. 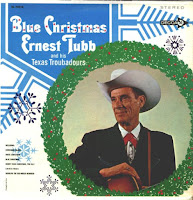 We've received requests for more classic country -- that is, the country music performed from post-WW2 through the 1960s -- so we used this show to showcase a little from that period.  Of course the last half-hour was Joe Bussard's 10th Country Classics program for Red Rooster Party.  You can hear Joe's segment here.

We hope you enjoyed the show.  If you would like to provide feedback or requests, use the following contact information:

Check us out every Sunday 2-4pm ET. 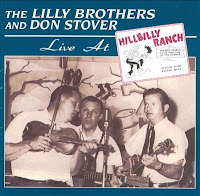 We hardly knew what to do with a full show for the second week in a row, but we didn't puzzle for long.

We played a cross-section of early country and some cowboy and western music before Joe Bussard presented his 9th show for Red Rooster Party.

Notable items on the playlist include two live performances of The Lilly Brothers & Don Stover from Hillbilly Ranch in Boston -- one from a rare recording released only in Japan in 1960, and another from 1967.  Also, a 45 rpm single of a Christmas song recorded in 1974 by Charlie Moore, and a 1972 live recording of another Christmas classic from Joseph Spence -- an amazing Bahamian folk singer.

We also heard one of the earliest recordings of pioneering melodic banjo picker Carroll Best, and J.E. Mainer's 1963 remake of his song "Run Mountain" recorded in my hometown by Arhoolie Records founder Chris Strachwitz.

Marti hasn't been with us for a while, but in her tradition we presented a set of cowboy music from the likes of Yodelin' Slim Clark, Cliff Carlisle, Skip Gorman, Ray Whitley, Jules Verne Allen, Elton Britt, and Fred Kirby.

Joe Bussard's 9th show for RRP showcased some excellent early gems.  You can hear his segment again at this link.

Join us next week for more great real music the early 20th century.

Posted by Jim Beaver at 6:16 PM No comments: 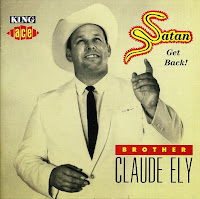 What a delightful day for the Red Rooster Party.  We had no preemptions, and as a result were able to bring an hour and a half of our own music before Joe Bussard took over with his 8th half-hour show for us.

Link to Joe's show is here.

This was a one-hour show because of a sports preemption.  Joe Bussard's 7th show for WHUS Red Rooster Party aired on this show during the last half-hour.

Prior to Joe, we played some great 1950s country with Johnny Horton, Johnnie and Jack, and The Louvin Brothers.  Jimmy Murphy did a song from his later 1978 album.  We played four songs recorded on the questionable quality Paramount label including an early 1929 version of Been On The Job Too Long by Wilmer Watts & The Lonely Eagles which was later covered in bluegrass very successfully by The Johnson Mountain Boys.

For his 7th show on WHUS, Joe Bussard broke once again from his regular early country format to present an all-bluegrass show.  He hit on some relatively rare bluegrass recordings from the 1950s and ventured just a little beyond that with tracks from The Country Gentlemen and The Seldom Scene.  Outstanding tracks included Benny and Vallie Cain's first recording, a Jack Youngblood fiddle tune, and a very obscure gospel number from The Blue Ridge Buddies.  If you missed it, or want to hear it again, it is here for a while.

Tune in next Sunday for another great afternoon of early country classics from both me and Joe Bussard.

Posted by Jim Beaver at 8:05 PM No comments:

Placeholder.  More to come.
Posted by Jim Beaver at 7:18 PM No comments:

Placeholder.  More to come.
Posted by Jim Beaver at 7:18 PM No comments:

We were delighted to have a full two hour show on this Sunday, augmented by some extra time before the start because the previous DJ departed early. 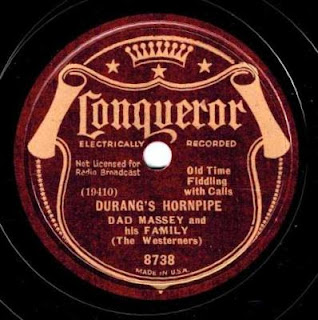 It was also the occasion of Joe Bussard's 4th Country Classics program for Red Rooster Party and WHUS.  You can hear the archived show here.

The bulk of the show after Joe was programmed by the absent Marti who gave us field recordings on the Bluebird label from 1937 to 1940.  By field recordings, we mean recordings made in temporary recording studios, usually set up in hotels or warehouses in Charlotte NC, Atlanta GA, Rock Hill SC, Chicago IL, and several other locations.  Some of the greatest old country and hillbilly music was made in those locations.

We hope you heard something you liked.

Tune in next Sunday for a very special Joe Bussard's Country Classics when he will give us an education on early jazz prior to 1933 -- what Joe calls "real jazz."

We were delighted to see an article written by long time WHUS listener, Dick Bowden, in the premier web-based bluegrass music news site, Bluegrass Today.  Dick captured how Joe came to be on Red Rooster Party very well.  Take a look at the article here.


Tune in to WHUS every Sunday between 2 and 4pm ET for Red Rooster Party.  Joe Bussard's Country Classics will appear on the show, usually at the first half-hour mark following the show start or the end of a sports preemption.  It's at 91.7 FM in eastern Connecticut and surrounding areas of Rhode Island and Massachusetts, and it streams at fm.whus.org everywhere else.

We almost had a full two hours today because the sports preemption was not as destructive as usual.


We began with a regular Red Rooster Party program and at the first half-hour mark turned the airwaves over to Joe Bussard for his third program on WHUS Red Rooster Party. Joe included a couple of songs appropriate for upcoming Halloween.  You can hear Joe's third show at this link. You can also hear Joe's first show here, and his second show here. 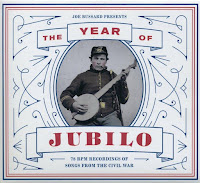 We also introduced some tracks from a new collection titled The Year Of Jubilo that was produced by Joe Bussard from 78s from his collection of songs and tunes of the War Between The States. 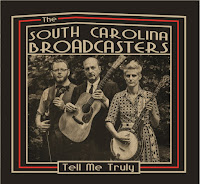 It is unusual to have anything newer than the 1960s on Red Rooster Party, but this show introduced great new music with an old aesthetic in the form of David Peterson's new gospel album, Spencer Branch old-time and bluegrass band from E. Tennessee, and The South Carolina Broadcasters' new album. 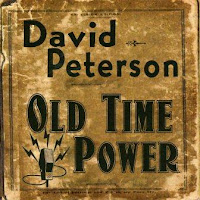 We hope you enjoyed our old music, even the newer variety.  We love feedback which you can provide in the comments below.  If you would like to contact Joe Bussard directly, you can do so at e-mail address joesvintage78@aol.com
Joe loves to hear from you!

See you next week at 2pm ET.

Red Rooster Party was completely preempted on this day, but we had Joe Bussard's second show to air in spite of the preemption.  We chose to air Joe Bussard's program on the following show, Bluegrass Cafe.

Because the time was different than the usual, we are making the show available to you at this link.

The playlist is below.

All recordings from original 78 RPM singles in Joe Bussard's collection.

Though UCONN sports continues to whittle our show by an hour most Sundays, we are pressing forward with some of the most interesting music you can find anywhere.
Today we introduced a new program to WHUS.  As part of Red Rooster Party, we now have a half-hour program of Joe Bussard's Country Classics.  Joe is one of the worlds's best known collectors of 78 RPM shellac records of early country, hillbilly, gospel, blues, and jazz -- especially covering the 1920s and 1930s.  Joe at age 79 has spent most of his life, since he was nine years old, collecting 78 records, for years going door-to-door seeking them out from folks who had them squirreled away in closets and basements, and at old country stores with original store stock.  As a result, Joe's collection is unmatched in quality and content.  We are greatly gifted to have Joe present selections from his collection on our show, all directly from his 78s.
To get ready for Joe's debut show, we played a track from the new South Carolina Broadcasters album to be released Tuesday, Bradley Kincaid, Roscoe Holcomb, a 45 single from Patti Powell, Little Jimmy Dickens, and a haunting gospel number from the Cooke Duet.

Joe Bussard's segment included a number from Eck Robertson, one of the earliest country records ever made, and Uncle Dave Macon, Earl Johnson, Sam McGee, The Prairie Ramblers, the raucous Mississippi Jook Band, and the inimitable Blue Sky Boys.

Tune in next week for more of this classic greatness on Red Rooster Party with Joe Bussard's Country Classics.  Let us know if you like what you heard.  Joe and I both love the feedback.


The intro and outro for Joe's segment is "Lost Child" by The Stripling Brothers, 1928.
Posted by Jim Beaver at 6:11 PM No comments: