Spurts whittled us down to a one-hour show and UCONN commencement killed all the campus parking, so Marti dropped me off to do the show solo.

We played a few songs to remember the great Texas Swing fiddler Johnny Gimble (pictured right) who passed away Saturday at age 88. 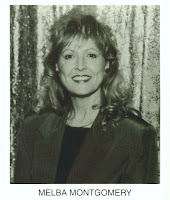 The remainder of the hour was all about mothers and featured artists such as The Carter Family, Melba Montgomery, Johnny Bush, Jimmy Dean, and The Louvin Brothers.  A special bonus was a recitation by the late legendary DJ Ray Davis, and a rare recorded duet by James King and Danny Paisley. 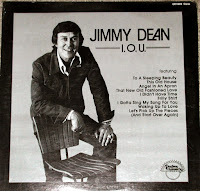 Red Rooster Party has been renewed for the summer, so tune in next Sunday, spurts notwithstanding, for another journey into America's musical past.

Posted by Jim Beaver at 6:35 PM No comments:

We were disappointed when this show was preempted nearly completely because of a 16 inning baseball game, but we were able to slip in four of the earliest recordings on which Tex Logan fiddled.

Benjamin Franklin "Tex" Logan, Jr. was a PhD electrical engineer who was an excellent bluegrass fiddler having been involved since the early days of bluegrass music.  He is most known in New England for bringing the Lilly Brothers & Don Stover to Boston where they had a regular gig at the Hillbilly Ranch for nearly 20 years, and introduced the northeast to bluegrass music.  Tex was also known around the world for his version of the old John Carson song "Christmas Time Will Soon Be Here" which he titled "Christmas Time's A-Coming."

The four songs we played were both sides of two rare 78s in my collection recorded by Red Belcher and the Kentucky Ridge Runners in West Virginia and released around 1949.  Tex did the excellent fiddle work on these recordings and sang one of them -- "Old Grey Goose" which was a version of "Jordan Is A Hard Road To Travel." 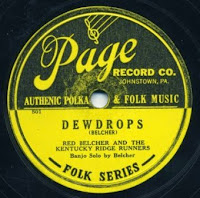 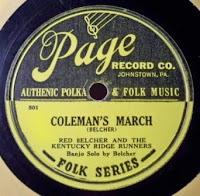 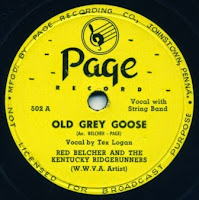 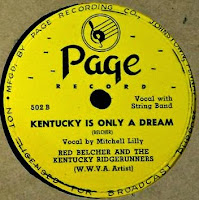 Posted by Jim Beaver at 6:01 PM No comments:

Coming Soon.
Posted by Jim Beaver at 6:00 PM No comments: