This show had a goodly amount of old radio transcriptions from the likes of Roy Hall and His Blue Ridge Entertainers (1939), The Blue Sky Boys (1949), and The Carter Sisters with Mother Maybelle and Chet Atkins (1949). 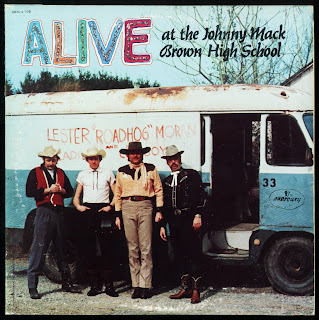 Additionally, we played the first set (from the original vinyl) of the classic Statler Brothers parody of a generic amateur country band by the name of Lester "Roadhog" Moran and his Cadillac Cowboys.  This was Marti's first time hearing this hilarious record, and she thought it was terrible, which of course it would have been had it been intended as a serious effort -- "I could make a record like that!" she said. Marti thought we might have driven off all five of our listeners.  I hope everyone got the joke.

Marti's Bunkhouse was a spendid cross section of Western music, as usual, with a special set of "Swinging Hollywood Hillbilly Cowboys" -- a description that captures all the stereotypes.  Marti also gave away a Riders In The Sky CD to a lucky caller.

We'll be back next Sunday, so tune us in to join in the fun.

Everyone knows that Bill Monroe and his Blue Grass Boys created bluegrass music in December 1945 when Bill and his band with new banjo picker Earl Scruggs stepped on the stage of the widely broadcast Grand Ole Opry program at the Ryman Auditorium.

That's what everyone knows. 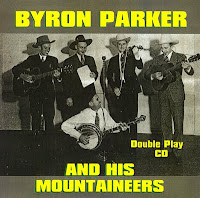 Today's show was intended to show that Bill had a lot of help getting there.  We started with J.E. Mainer's Mountaineers who were picking string band music at high speed with the two-finger banjo style of Wade Mainer a decade earlier, then Charlie and Bill Monroe's recordings from that same early period.
We followed with Charlie Monroe's post-Monroe Brothers recordings, Bill Monroe's post-Monroe Brothers recordings, and then Byron Parker & His Mountaineers -- a 1940 evolution of J.E. Mainer's band -- with Snuffy Jenkins picking banjo three-finger style.  Of all this music, the only thing we heard that could be identified as bluegrass as we know it today was the music of the Byron Parker configuration, and this was a full five years or more before Bill Monroe hit the stage with Earl Scruggs.

We hope this was mind-opening.

Marti had a super day programming Marti's Bunkhouse with some great Western music that is too-little-known.  The rarer material came from Texas Jim Robertson, Goebel Reeves, and New Zealand cowboy singer Cole Wilson (1922-1993).  We also heard a couple of songs from a tribute album Riders In The Sky did for the North Carolina train attraction Tweetsie Railroad.  Tweetsie has been giving train rides on real former working steam engine locomotive driven trains for well over half-century and continues to do so today.

We finished with some comedy from Spike Jones, Homer & Jethro, and Louis Grizzard, and then a couple of songs from Carolinas musical stalwart Arthur "Guitar Boogie" Smith, including his first recording of "Guitar Boogie" which became his namesake.

We hope you heard something you enjoyed.

Join us next Sunday and we'll have another interesting listen to our musical past.

Posted by Jim Beaver at 4:30 PM No comments:

No, the title for this playlist is not the menu for today, although during a certain period of time it could have been.  We played songs from that period, including Uncle Dave Macon, The Coon Creek Girls, David McCarn, The Carolina Ramblers String Band, G.B. Grayson and Henry Whitter, Charlie Parker and Mac Woolbright, J.E. Mainer's Mountaineers, Jerry & Sky, and the amazing DeZurik Sisters -- also known as The Cackle Sisters. 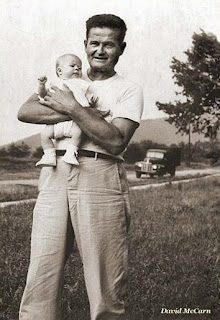 Relative to cotton mills, of significant note was the inclusion of all three of the "Cotton Mill Colic" songs and a couple more created by Gastonia NC textile mill hand David McCarn.  Gastonia is near where we were born and raised, and textile factories -- an industry that moved South from New England over a century ago -- were a significant employer in the Carolinas. The major mill in our hometowns (Cannon > Fieldcrest-Cannon > Pillowtex) ran for about a century before closing its doors in 2003.

Marti's Bunkhouse featured a yodeling set -- something we've been wanting to do for a while -- plus a great Roy Rogers and Sons of the Pioneers set plus some great songs from Tex Ritter, Gene Autry, Bob Wills, and Eddy Arnold.  Our own Carolinas singing cowboy, Fred Kirby, sang a song for us, and we ran to the finish with some 1950s, 60s, and 70s classic country.

We hope you enjoyed something you heard on this show.  If you have requests, just leave them in the comments, or send an e-mail to redroosterparty "at" gmail "dot"com. 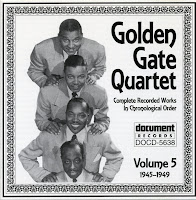 We laughed a lot on this show, mostly  because Marti is just naturally funny, but we were having a great time.  We hope you enjoyed it as well.

Being Independence Day weekend, we followed our Golden Gate Quartet opener with the Georgia Tech Glee Club singing a verse of "To Anacreon In Heaven," the old English drinking song that became the melody of "The Star Spangled Banner."  Marti followed up in Marti's Bunkhouse with more patriotic-themed Western music which we will get to below. 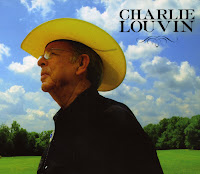 Charlie Louvin died in 2011, but he would have had a birthday on this day, so we celebrated the man and his music, including that of the Louvin Brothers, with a big set covering the span of his entire career. 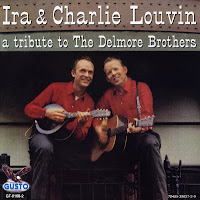 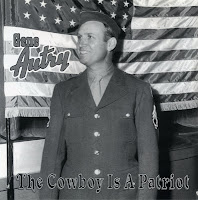 We played a short daily radio program from Eddy Arnold and The Checkerboard Fun Fest that included the incomparable DeZurik Sisters who were known on the Fun Fest as "The Cackle Sisters."

Marti's Bunkhouse included some Gene Autry music including a couple of patriotic pieces from the 1940s, plus a recording from Gene's radio show of his actual enlistment into the U.S. Army Air Force in 1942.  Marti followed that with a couple of early female-led Western numbers by Girls of the Golden West and Patsy Montana, a couple of songs from early cowboy singer Jules Verne Allen and Jimmy Wakely, and then on the day after the 15th anniversary of his passing, a set of great songs from Roy Rogers. 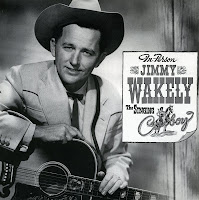 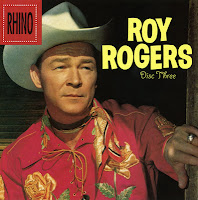 We finished with a couple of tunes from the late Slim Whitman who just died June 19, 2013, and closed with a hilarious tune, "Jim's Windy Mule," from the Prairie Ramblers that was originally issued under the band name Sweet Violet Boys so as not to sully their good name.  You can imagine why the mule was "windy."

Join the fun again next Sunday with Marti and Jim on Red Rooster Party!