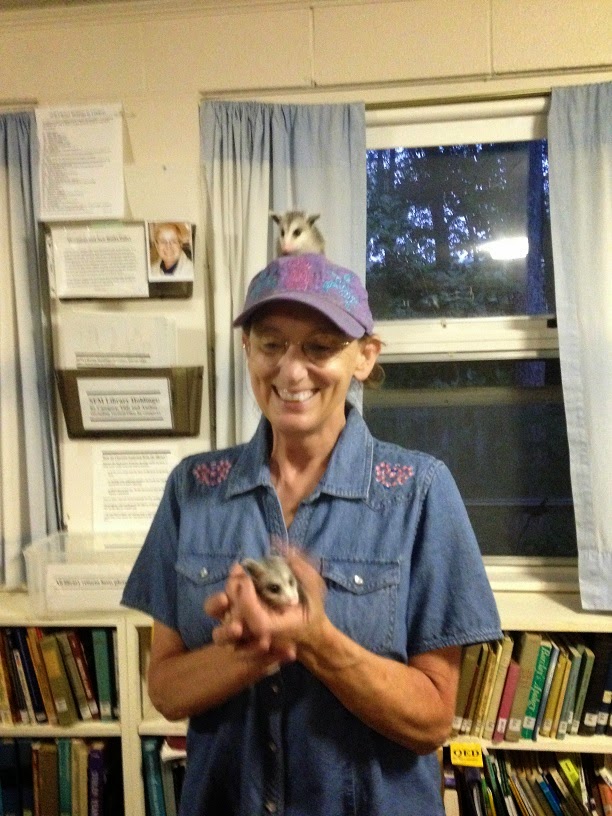 After spending the summer on Saturday afternoons, Red Rooster Party has returned to Sundays at our legacy time slot of 2-4 pm just prior to Bluegrass Cafe.  We hope you found us.  We didn't have much opportunity to give you a heads up because we thought we were sports-preempted, but it turns out we were not.  That gave Jim just a half-hour to get to the station and Marti, who was off somewhere else, didn't even know we were on the air.  She figured it out and made it to the studio after the first half-hour.

Speaking of Marti, she is becoming the Eastern Connecticut Possum Lady after raising seven tiny baby possums ("opossum" is just plum cumbersome) to semi-adulthood.  She will be releasing six of them in a couple of weeks and will keep the runt of the litter through winter and release in the spring.


The show had all of five minutes preparation, but it came out pretty good if we say so ourselves.  We brought a cross-section of older music that included early country and string band performers, and the Marti's Bunkhouse feature focused on Wilf Carter, otherwise known as "Montana Slim."  Another interesting feature was a set of songs from Bill Haley before he was the rock-and-roll pioneer.  We played a special set of music from The Andy Griffith Show along with Andy's first hit recording, "What It Was, Was Football" to recognize that time of year.

We hope you enjoyed what you heard today, and hope you will tune in for our next show which will be a one-hour show starting at 2pm because of a sports preemption.

Posted by Jim Beaver at 7:22 PM No comments: 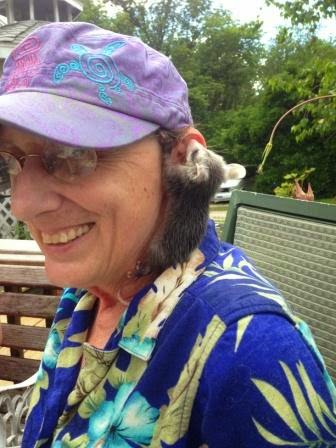 It seems all things eventually find equilibrium, and such was the case for this show.  Marti hosted last week's show solo while Jim was emceeing a festival, and Jim hosted this show solo while Marti attended a Wildlife Rehabilitator Cookout which Jim calls a Possum Convention.  Marti took her seven baby possums for show-and-tell and ended up wearing one for most of the day. See the photo.

We also had a four-hour show because we filled-in for Lady Mystique in the two hours prior to the usual Red Rooster Party.  Because of the extra time, you might notice the playlist reflects more deep catalog material from the early string bands than we usually have time to present.

This was the last Red Rooster Party on the WHUS summer schedule.  The show will be moving back to its classic time slot on Sundays 2-4pm for the fall, but there will be heavy preemptions for UCONN tiddly winks sports.  The August 31 show may be preempted the first hour as a result.

Thanks for listening and hope you tune in next week.

Jim was at Nick Anderson's Shady Creek Homecoming bluegrass gathering, so Marti did her first solo radio show in over five years.  The music was mighty fine, and we hope you agree.

This is where Jim was:

...and this is Marti and one of her baby possums that she mentioned on the show: 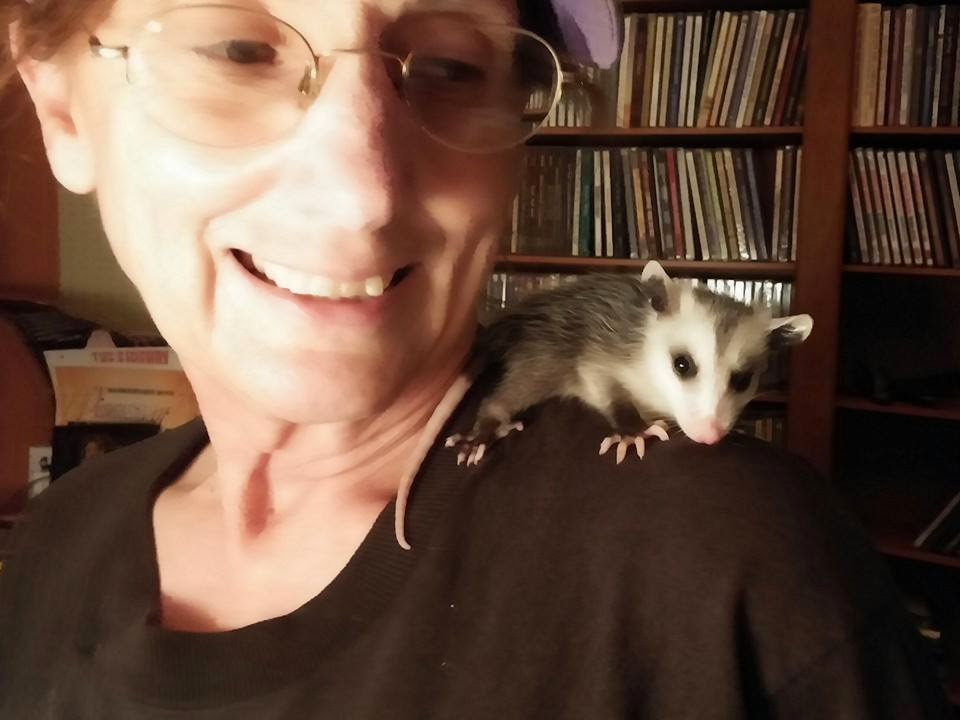 We had a great variety of music for you on this show that included a 1939 song from The Golden Gate Quartet with a French-language opening, early country artists from Nashville (before it was "Music City"), some train songs, part of a 1952 Hank Williams concert, a set of Moon Mullican tunes, a set of honky tonk music from the 1940s, some Cajun music (new ground for Red Rooster Party), and a couple of songs from The Carter Family that were recorded on this day at the renown "Bristol Sessions" exactly 87 years ago today.

We hope you enjoyed what you heard.