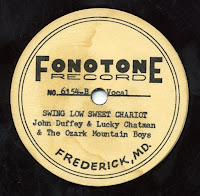 We didn't know we would have a show until late Saturday evening as the sports event that was to preempt us was moved up three hours clearing the way.  Even at that, the game ran long and chopped off the first half-hour of the show, but we were delighted to have a show at all! 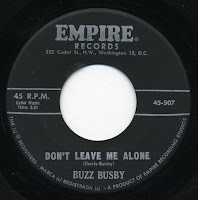 Joe Bussard decided to do an all-bluegrass show for this day, so I matched him with some similarly rare or unusual or local bluegrass. 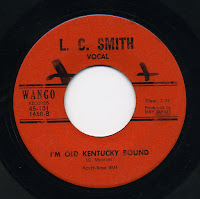 My selections included one of Joe's own recordings - one of the first with John Duffey on Joe's own Fonotone label. We also heard local New England bluegrass pioneers Bill Hall and Randy Hawkins as The Bluegrass Travelers, and Al Hawkes and Fred Pike together on Al's Event label. 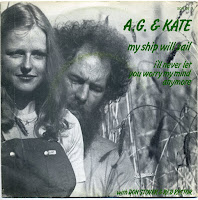 I also played music from my own home area of Cabarrus County NC by The Jones Brothers & The Log Cabin Boys.  Also a single from A.G. & Kate from Holland with help from Don Stover and Red Rector. 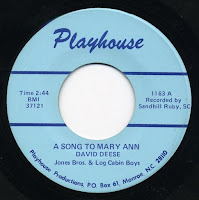 I dug out my rare 1969 Knob 45 single of Wade Mainer with The Pleasant Valley Boys doing a song that Wade first recorded in 1935.  I also played singles from Buzz Busby on Empire, The McCormick Brothers on Hickory, and L.C. Smith on Ray Davis' Wango label. 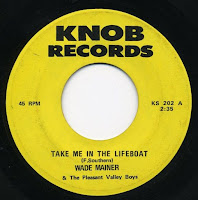 Joe Bussard has played a lot of bluegrass as part of his regular country classics over the years, but he did a rare show of all bluegrass today on his 74th show for us.  He stumped me on a few of his selections, too.  The breadth of Joe's collection is just astounding. 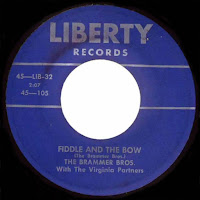 The centerpiece of Joe's portion of the show was one of the first live performances he ever recorded as a teen in 1955:  Jim & Jesse McReynolds with Hylo Brown and Joe Meadows.  The performance and recording were both spectacular!

Barring any sports preemptions, we will be back next Sunday 2-4pm on WHUS with another great show of deep catalog country music.  We hope you choose to tune in.